The store will not work correctly in the case when cookies are disabled.

Inventory Management Self Scan Apps for Android and iPhone 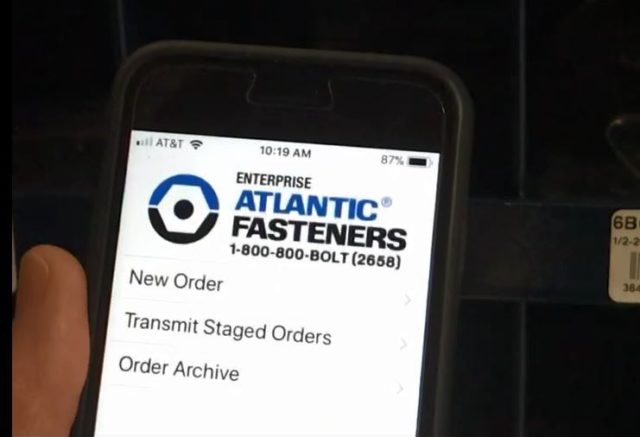 Atlantic Fasteners has updated its popular iPhone app which customers use to manage their own inventories, according to General Sales Manager, Marco Morgado. He said the new app is now compatible with Apple’s recent release of its iOS 11 operating system and scans faster than the previous version.

Morgado said the app is available on Apple iTunes, here.

“We realize that not all customers have iPhones, so we produced the Android app with the same capabilities,” noted Marco Morgado, general sales manager.

He explained that both apps are available online in the appropriate Apple App or Google Play stores. He said they’re listed at $49.99, but customers committed to managing their own inventories with either app are given a promo code to download it for free.

The updated Self-Scan How-to video, shows in less than one and a half minutes, how simple it is for customers to manage their own inventories with labels and an app we provide.

Get info on a Specific Part